Affecting about 20-30% of the population, flat feet is a condition in which the foot’s arch either drops or never develops. Flat feet is relatively common in babies and small children as a result of the arch not developing. Adults can develop flat feet as a result of... Read more

As foot size generally does get larger with age, it is important to remember several different pointers when shopping for shoes. Ensure that the uppers on shoes are made of a soft material that matches the shape of your foot. If you regularly walk on hard pavement,... Read more

Proper shoe fitting is one of the most common concerns people have when it comes to the health of their feet. To some this may not seem like a major issue, but the reality is that improperly fitted shoes account for a tremendous amount of injuries to the foot. Because... Read more 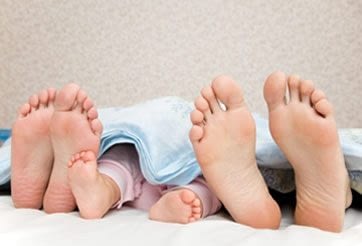 Popular musician Elvis Costello recalls his younger days when doctors determined he had flat feet the remedies they would attempt to fix the foot ailment. After constantly reminded he would never make it into the army Costello states, “I was taught to pick up a ball... Read more

Whether in practice or in the game, athletes put their bodies through great stress. Some sports tax and demand more from the body than others, but every sport has an element of inorganic movement or unnatural motion. For ample, in softball, a pitcher winds up and... Read more
« Older Entries